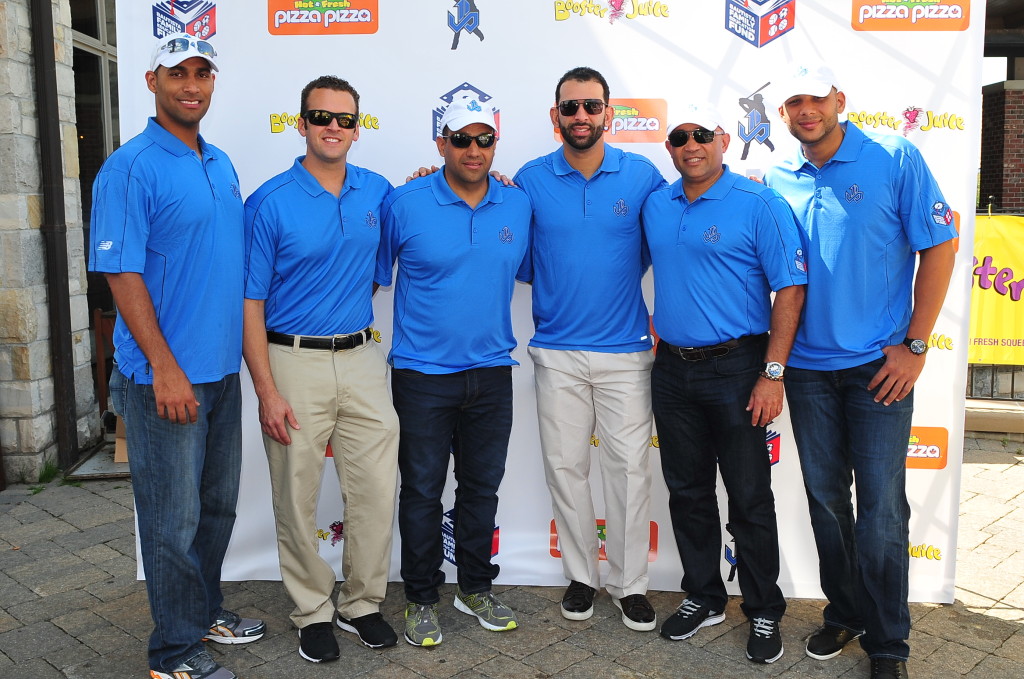 Fernando Isa was born on October 12th of 1979 in the city of Santo Domingo, Dominican Republic. After graduating Colegio Babeque Secundaria (High School) while lettering for Baseball and Soccer, Fernando was selected by the Latin Athlete Education Fund as an athletic scholarship recipient. Fernando played baseball for Chipola Junior College as a catcher during his freshman and sophomore years. Fernando was chosen as 1st Team Defensive Player of the year for the Florida Panhandle Conference after the year 2000 season. Fernando also received the Chipola Junior College Sportsmanship Award during the spring of the year 2000.

Starting in July 2013 Fernando accepted a position with Fortune 200 pharmaceutical giant Bristol-Myers Squibb as a Diabetes Sales Specialist in the Louisville, KY market.

In 2007 Fernando graduated from Spalding University, located in Louisville, KY with a Masters of Science in Business Communications.

Fernando has been acting as the Managing Director for the Bautista Family Education Fund since its formation in 2012 and was officially named Executive Director in 2013.

Luis Gabriel Bautista was born in Santo Domingo, DR on 9/19/1984.  He was selected by the Chicago Cubs in the 32nd round of the 2007 First-Year Player Draft out of Florida International University.  At FIU, Luis majored in Computer Science.  Luis had played two previous years at Motlow State Community College.  Luis is the brother of MLB All-Star Jose Bautista.

Moisés was born Nov. 8th, 1982 in Santo Domingo, Dominican Republic.  Graduated high school in 1998 from  Oratorio Maria Auxiliadora (O.M.A) while playing baseball at Manny Mota Baseball League as well.  Upon high school graduation, Moisés earned a baseball scholarship to attend Chipola Junior College.  He was selected in the 40th round by the Anaheim Angels in the 1999 MLB draft.  In the Fall of 2000, Moisés transferred to Cumberland University in Lebanon, Tennessee.  He was co-captain of Cumberland baseball team during his senior year in 2002.  After his senior year, Moisés signed a minor league baseball contract with the Colorado Rockies Baseball Club.  He spent two and half seasons playing for the Dominican Summer League Rockies.  Moisés graduated in 2005 from Cumberland University with a Bachelor degree in Business Administration and in 2007 with a Masters degree in Organizational Leadership and Human Relations.  Currently, Moisés works for Wilson Bank & Trust in Murfreesboro, Tennessee where he is the Assistant Office Manager for one of the bank branches.

Nanita attended Florida International University (FIU), where he played college baseball for the FIU Panthers baseballteam. The Chicago White Sox drafted Nanita in the 14th round of the 2003 Major League Baseball Draft. The Toronto Blue Jays invited him to spring training in 2013.[1]

Nanita started the 2013 season with the Double-A New Hampshire Fisher Cats. He was promoted to the Triple-A Buffalo Bisons on May 21.

1993 Graduated in Troy State University  where he played baseball in the college World Series. Juan is a Member of the Latin Athlete Education Fund and one of the acting Directors of the Bautista Family Education Fund. Juan has been the Academy Director of the Dominican Republic Cincinnati  Reds  , during the 10 years with the Reds organization in the Dominican Republic, the facility has  produced and developed players  of the caliber of Major league players like (Jhonny Cueto , Juan Francisco , Dennis Phipps ,Enerio Del rosario , Pedro Viola , Marcos Mateo, Henry Rodríguez , 40 men rosters y  prospect Daniel Corcino and Carlos Contreras .  Mr.Peralta has helped players go to play college baseball like Jose Bautista to Chipola Junior College , and Mel Rojas who was a 3rd round pick by the Pittsburg Pirates in  2010.

In 1985, after graduating from high school in the Dominican Republic, Rafael Perez accepted a baseball scholarship to attend college in the US through the Latin Athletes Education Fund. He attended Chipola Junior College in Marianna, FL, where he was selected for the junior college All-State team. In 1987, he transferred to the University of South Alabama, Mobile, AL and finished his college baseball career while earning his Bachelor’s degree in Accounting. In 1989, Rafael signed as a free agent with the Pittsburgh Pirates where he played for two seasons.

In the early nineties, Rafael worked for Scala North America, an international software company, managing the implementation of their accounting and financial software in the US and Latin America. He eventually returned to baseball as a consultant to the Toronto Blue Jays. He advised minor and major foreign league players, helping them understand the necessary skills for transition to new cultural environments.

In 1999, after 16 years of living in the US, Rafael returned to the Dominican Republic to accept a position with the Baseball Commissioner’s office as manager of the Major League Baseball Office for Latin America. Rafael’s experience in the Dominican Republic has been truly invaluable. He was required to play the delicate duel role of “rule enforcer,” and, at the same time, help Dominican baseball executives be more effective managers without violating the rules.

Since 2011, Rafael has been working with the Baseball’s Commissioner’s Office as Director of Dominican Operations for Latin America when he was hired back to oversee the growth and changes in the most important